LGBTQ people experience many forms of discrimination in long-term care because of their sexual orientation (lesbian, gay, and bisexual people), their gender identity or expression (transgender people), and/or their HIV status.

The Out and Aging Report, conducted by SAGE, revealed that one in eight (13%) LGB adults and one in four (25%) transgender adults report being discriminated against when searching for housing. Additionally, a recent 2018 AARP Report found that 70% of transgender and gender expansive individuals are concerned that they will need to hide their gender identity and expression in long-term care [https://www.aarp.org/research/topics/life/info-2018/maintaining-dignity-lgbt.html]. The same report found that black and Latinx LGBTQ Americans are much more concerned about multiple forms of discrimination and negative outcomes as they age as compared to white LGBTQ Americans. Findings from these reports point to a strong need to provide discrimination protections to LGBTQ older adults in long-term care settings.

Adding the words “perceived or actual,” “sexual orientation,” and “gender-identity or expression” to a community website, resident Bill of Rights poster or brochure can help protect the rights of LGBTQ older adults and alleviate very real worries LGBTQ residents face when moving into an older adult community. Explicitly inclusive language not only allows LGBTQ residents and their friends and family members to feel safe and welcomed in a community – it can be the deciding factor for an LGBTQ person when determining where to live.

The Long-term Care Equality Index encourages communities to include protection from discrimination based on HIV Status. In 2016, the Centers for Disease Control and Prevention reported that nearly half of those newly diagnosed with HIV were 50 years of age and older. Research has shown that approximately two-thirds of older Americans living with HIV feel stigmatized by both their disease and age. Stigma may also make people reluctant to disclose their HIV status, which could affect their health care treatment. Failure to protect those living with HIV from discrimination can result in significant health consequences for residents living with HIV.

A NOTE ABOUT STATE LAW

Some states are beginning to include specific protections for LGBTQ older adults in long-term care. California enacted the Lesbian, Gay, Bisexual and Transgender Long-Term Care Facility Residents’ Bill of Rights in 2017 which makes it unlawful for “any long-term care facility to take specified actions or wholly or partially on the basis of a person’s actual or perceived sexual orientation, gender identity, gender expression, or human immonodeficiency virus (HIV) status…”

An explicitly LGBTQ-inclusive patient non-discrimination policy, together with comprehensive staff training, can do much to reduce the discrimination that LGBTQ residents experience in long-term care settings.

See an example of a long-term care community's non-discrimination policy. 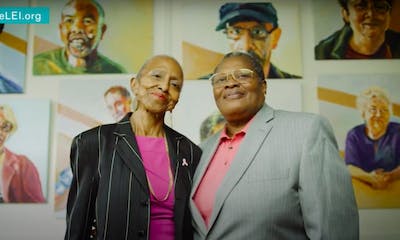 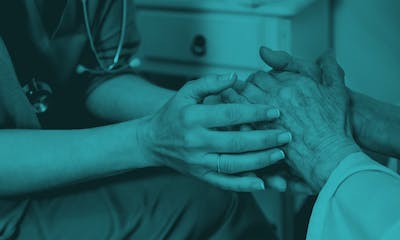